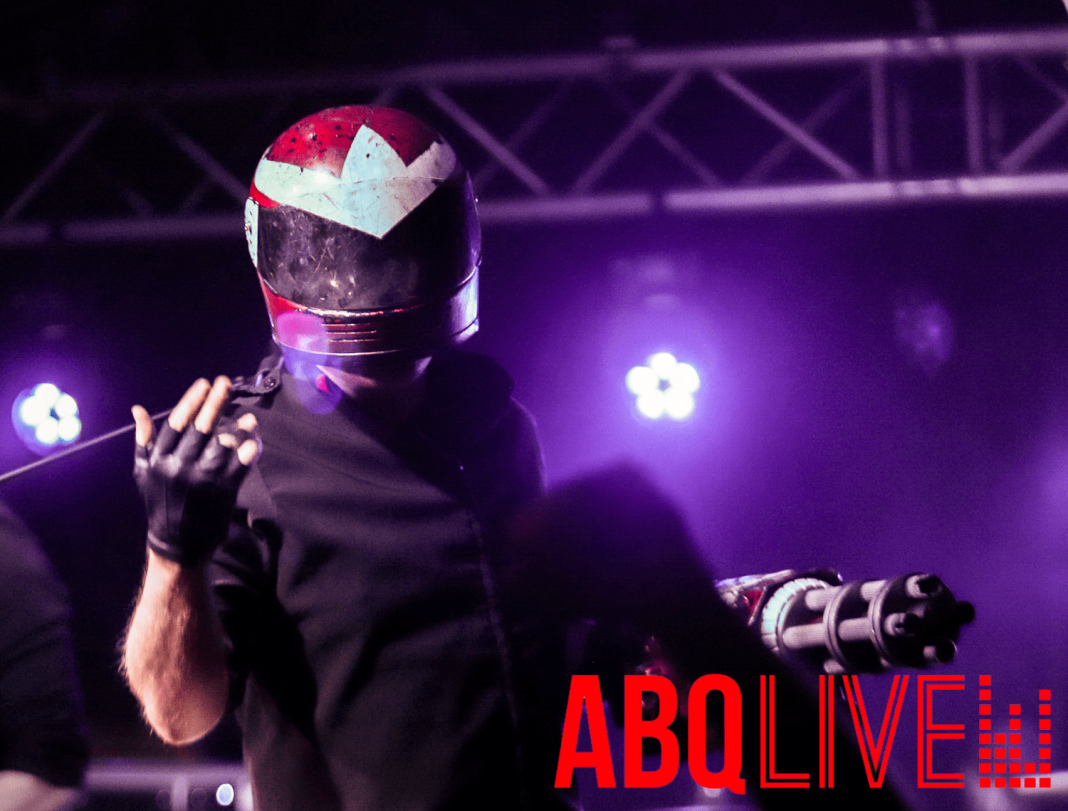 ABQ-Live took to the road on February 28th to explore the neighboring state of Texas and to cover indie rock band The Protomen!

Performing at the Mohawk in Austin, Texas, The Protomen delivered a dynamic performance that lit up the state’s sky as they dove into popular tracks from their self-titled album: “The Protomen;” as well as the popular prequel follow-up “Act II: The Father of Death.”

Based out of Nashville, Tennessee, the band has always stood out in any show; they are known to cosplay as the characters reflected in their music, burying their own identity in an effort to amplify fan experience. Two of their three albums paint a darker story based on the popular video game series Megaman. Unlike the games, however, the characters created by The Protomen reflect a much more broken dystopian society, forcing characters from the game, such as Dr. Light, into hiding, and heroic characters, such as Protoman and Megaman, are shunned and deserted by those they try to save.

The Protomen found no shortage of fans in the southwest as the crowd partook in multiple songs, seamlessly taking a part in the dark story. One particularly stand-out moment of the concert was the crowd chanting the chilling lines, voiced originally by a choir, from the track “The Will of One” as the lead singer stood front center wearing a version of Megaman’s iconic helmet, all while the crowd swarmed the stage.

“We keep you safe. We are your hope. We are in control,” the crowd chanted just moments before the lead singer swore to continue the fight of the iconic character “Protoman” whose death was delivered in earlier songs. While members of the dedicated fanbase certainly comprised a large part of the crowd, new fans were made that night. Many individuals who didn’t know the storyline were excitedly sucked into the experience. As the lights dimmed on stage the crowd eagerly shouted for an encore with their hopes delivered only moments later as the band took to the stage delivering one more performance for the night.