You are here: Home / Archives for bean

“Who run the world?” Coffee. It is nearly impossible to walk thirty feet without seeing someone with a coffee in their hand, despite it being 4 o’clock in the afternoon. It is, without a doubt, that the world’s second largest import runs the world in the hot fashion.

Consider twice before purchasing your usual 99-cent coffee from your local gas station, and make it a point on your morning commute to stop at Prismatic Coffee, and grab a cup of one of the world’s rarest coffee bean, the Bernadina Geisha. The limited time only bean was discovered as recent as 2017 on El Salvadorian soil, and is accompanied by a rich, complex, and layered taste. Selling at $9 a cup, or $40 per six ounce bags, it is highly encouraged to be tasted or bought soon, for prices will soar next year it becomes available.

Quality. Exclusive. Special. Those three words are why Prismatic Coffee should be on your daily every day routine. The beverage is made fresh and to order in every cup. Guaranteed in every mug is an exclusive, specialty coffee bean that will change the way you see the beverage. That is the founders’ and crew’s only mission: to change people’s perspective on coffee. To be able to present the drink to a customer, them take a sip, and say, “You know what, this doesn’t need anything, it’s perfect.”

That is what co-owner and founder, Grey Smith has enthusiastically stated as he took a break from roasting a Colombian coffee bean. In what he likes to call, “Third Wave Coffee”, Prismatic is one, if not the only, coffee shop in Albuquerque that produce high-quality coffee  from top of the line equipment, and consider it to be an artisanal beverage rather than a commodity. Similar to many establishments in West Coast America, such as San Francisco, or Seattle, Washington, who are known for craft coffee. When asked to describe his establishment in a few words, Grey thoughtfully said, “Local, passionate, uncompromising, craft, and contemporary”. Those words are not absent when walking through the shop and immersing yourself within the atmosphere, a warm feeling of being welcomed into a home of like-minded people.

Don’t hesitate, rather than letting coffee run your life, run coffee the way you want. Next time, instead of settling for a mediocre cup of Joe for $4.99, get served quality by your fellow Burqueños for the same price. 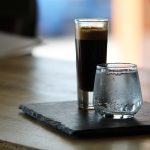 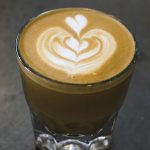 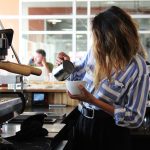 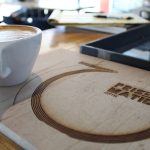 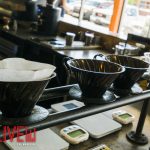 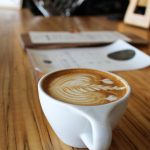 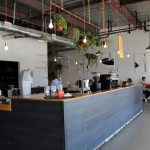 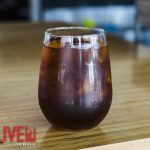 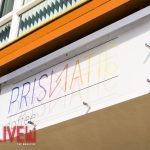 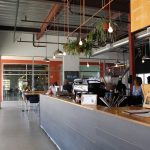 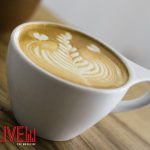 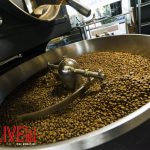