You are here: Home / Archives for Lindsey Stirling

The sound of a Lindsey Stirling’s violin echoed throughout the crowd paired with the haunting vocals of the lead singer of Evanescence, Amy Lee at the Isleta Amphitheater on Aug. 28.

With gates opening at 7 p.m. together Evanescence and Stirling delivered a dynamic show introducing a variety of music that ranged from highly energetic and joyful to soothing and melodic.

Stirling first took to the stage dancing with her iconic violin in hand as she was joined with a live orchestra and her dancers. Each songs tone rang true as she performed a variety of favorite melodies ranging from “Roundtable Rival” to “Shatter Me” in which she was joined by Amy Lee for the vocals in the latter. Likewise in fitting with the themes Stirling and her dancers showcased a variety of costumes and dance styles often telling a story on stage as reflected by the songs.

One particularly moving performance featured one of the dancers dressed as a ballerina attempting to dance only to be shoved and belittled by her fellow dancers when she tried to match their movements. Despite the discouragement the lone dancer persists throughout the song causing attendees of the concert to watch eagerly to see how her fate would unfold by the end of the melody.

Stirling who hails from Arizona said she felt at home among the New Mexican terrain and was excited to perform in New Mexico for the first time. She thanked a cheering crowd as she revealed she grew up as a fan of the band she was sharing a stage with. Stirling expressed her appreciation in sharing the stage with Evanescence even showcasing an old video of her lip syncing the popular song by the group “Bring me to Life”.

Stirling joked about her younger self good naturedly and then spread a message of hope to crowd as she recounted her experiences and the trials she went through to get where she is today.

“I am living proof because I am standing on the stage in front of you tonight I am living proof that it doesn’t matter if someone else sees it in you or not,” Stirling said. “What matters is if you can see it in yourself.”

After encouraging the cheering crowd to follow their dreams and believe in themselves Stirling launched into her song “Take Flight” telling the crowd that the emotions in the song were the closest she can come to describing the feeling of flying.

Stirling also took a moment to share her personal feelings on subjects of depression and anorexia encouraging attendees to understand the importance of positivity and recognizing the steps many take to reach it. Following Stirling’s energetic performance was Evanescence who drew cheers from attendees as Lee launched into a mix of both older and newer music. Like with Stirling the addition of the orchestra added a new element to many of Evanescence’s songs.

Many of these tracks were amplified with the emotions of old hits such as “Lithium” and “Imaginary” standing out in particular.

In true fashion to many of Evanescence’s songs the sound of the keys of the piano accompanied lead singer Lee’s voice with the singer herself playing the instrument as well for many segments. Just as with Stirling’s performance Lee was joined on stage by the violinist for a short time.

Lee thanked the attendees with vigor as she expressed her appreciation of her fans calling the audience awesome. As the evening continued both fans of Stirling and Evanescence watched excitedly as the night’s performances unfolded.

“One of the most incredible things about music is its ability to completely transport us to another place, another time, to a precious memory,” Lee told a cheering crowd. 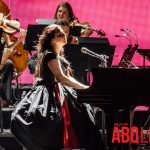 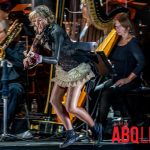 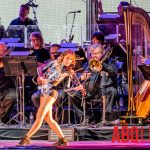 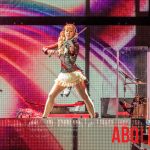 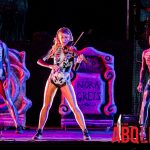 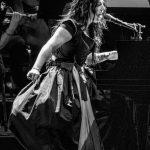 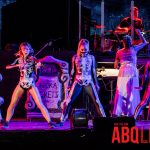 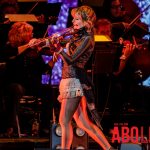 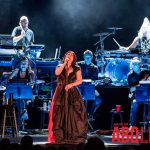 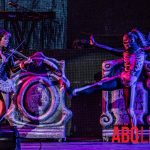 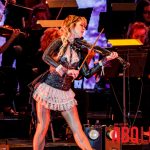 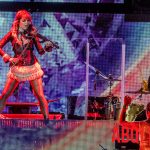 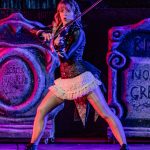 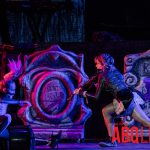 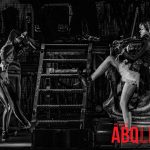 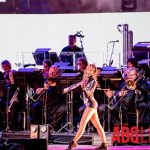 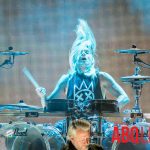 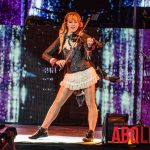 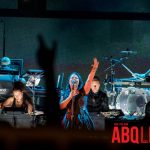 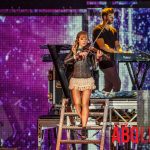 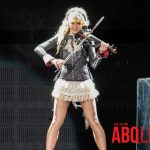 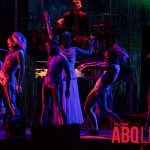 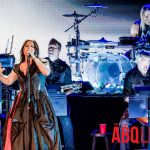 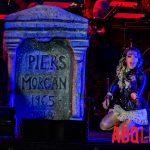 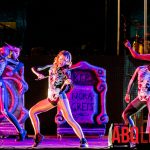 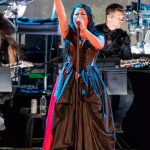 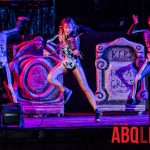