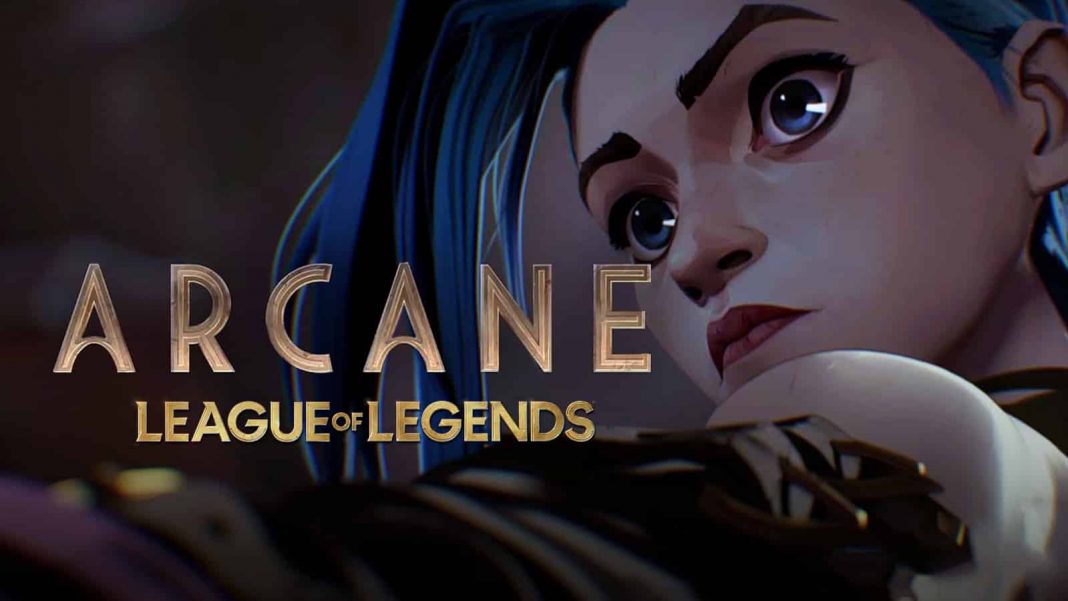 Netflix’s Arcane is dark, edgy, dramatic, heart-wrenching, exciting, and a masterpiece to behold with music as haunting as the animation. It also happens to star two incredible female leads front and center. As we are nearing the end of Women’s History Month, I think it’s only appropriate to put the spotlight on a new series that truly encompasses the changes in how women are being portrayed in media. Arcane doesn’t just have “strong” female leads but rather incredible ones. I feel the need to emphasize the word “incredible” female leads as opposed to “strong” female leads because when it comes to both film and video games, fictionalized female characters have long been victims of becoming little more than pretty cardboard cutouts as opposed to their male counterparts. When asked to create a “strong” female lead the resulting character is often one-note and has little more to their personality than can kick butt with no flaws. This results in what perfection always does a boring character.

With more women impacting how women are seen every day, we have seen society’s view of femininity shift, including the presentation of fictionalized female leads. Netflix’s Arcane is perhaps the best example of how to shift a two-dimensional character and breathe real life into her or in this case them. Netflix’s Arcane starts with two sisters surviving a war where the lower class tried to resist the upper class and lost. With their parents dead, they are taken in by the leader of the rebellion, Vander. Deciding he would rather preserve what he has than strive for what he doesn’t, Vander takes both sisters in acting as their father figure and tries to put his home back together. In time we see the impact this has made on our two main leads Vi the older sister, and Powder, the younger. Vi is angry, violent, and rebellious, despising how the rich only continue to get richer while those she loves continue to suffer. Powder, having been too young to feel the pain of their parent’s loss when they died mostly wants to please her sister and feel like she belongs alongside her sister and their group of friends. Eventually, forces both from within their society and outside tear the already unstable family apart, resulting in Powder ultimately making a decision that accidentally results in the death of many of their loved ones. The sisters are separated, and when they are reunited, they are both very different people, with Powder becoming the violent and insane Jinx and Vi being forced to learn the lesson her father figure Vander learned too late. Sometimes not protecting the ones you love in favor of your beliefs can have irreparable damage. We watch the clash of these characters joined by a stellar cast of both allies and enemies as both Vi and Jinx eventually make choices that will either repair their relationship as sisters or cement them as bitter enemies.
To understand what makes this show so brilliant, we have to take a step back to look at its roots. League of Legends character Vi was introduced in 2012 and Jinx was introduced in 2013. Both are playable characters in an online video game of the same name, Vi being a heavy hitter (with the body of a barbie doll) and Jinx being little more than a maniac with a gun and a revealed midriff. In 2021 when introduced League of Legends Arcane redefined both characters sneaking under the radar for many Netflix watchers with an explosion of viewers arriving on the scene in early 2022. When Jinx is introduced in the show as Powder and one of the two main leads for the show, she right off the bat distinguishes herself as separate from her video game incarnation. Music videos of Jinx or ads of her in the past drew her as a crazy but cute young woman drawing inspiration seemingly from Batman’s Harley Quinn without any of Harley’s backstory.

Jinx from Arcane is just as crazy as her video game self as the show goes on but rather than a bubbly adorable “crazy” girl, we see a truly unhinged main lead who struggles with her insanity. She is constantly speaking to ghosts that haunt a mistake she made as a child while seeing hallucinations that are pulled from her broken psyche. Both character designs are also different in the show as opposed to the video game. Both Jinx and Vi are given body types that match what we are told about them. Instead of a steampunk barbie the Vi in the show has rippling muscles stretched upon her back when we first see her, her shoulders are hunched over as she walks like someone constantly on the lookout for an attack.

Likewise, while Jinx is just as thin as her video game counterpart, she is not oversexualized and her body build fits her lifestyle. They both fit aesthetically to what we are told they are. They are allowed to be people, not sex objects or idolized female role models.

And this is where Arcane truly shines. Arcane breaks down what any entertainment seeker wants in a show, a really relatable character. What do women want? This! I’ll take the brokeness of Jinx and rage of Vi over, let’s say Marvel’s Black Widow any day of the week. Because what any person invested in a story wants are growth change and real struggles. Jinx struggles, Vi struggles and they both make mistakes. With characters like Black Widow, there is no growth. How can a character grow if she is already perfect?

Jinx is not perfect, Vi is not perfect, and in fact, no character in the show is perfect. It would fill literal pages to go into depth about the amazing characters featured in this show. What I can say is the characters are forced to make tough decisions that do result in the death of others, and we are slapped in the face with the reality that sometimes you have to make a decision where nobody wins.

So if you haven’t switched on Arcane yet I’d say do yourself a favor and toast an end to Woman’s History Month in the best way you can by watching the evolution of multiple characters from two-dimensional to engaging, interesting, and amazing. Trust me, You will never see a better makeover montage.

Grade: A+
Bonus Grade for great female representation: A++++