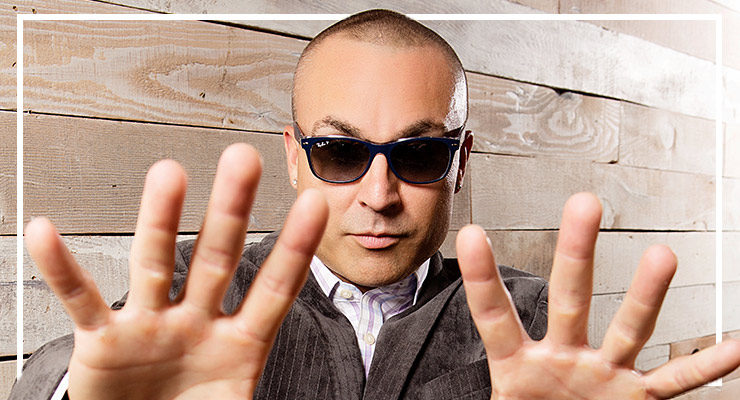 We talked to DJ Andy Gil

Hands down, Kid Capri. Complete Entertainer with the music and the mic. Blown away first time I saw him. “So That’s how it’s done” I said to myself…

What do you consider success?

I live by this quote:
Success is not the key to happiness. Happiness is the key to success. If you love what you are doing, you will be successful. – Albert Schweitzer.
You may not be the most famous or highest paid at what you do but as long as you love it, happiness is richer than all that. Now If you can be happy, humble and throw in hard work, call success what ever the hell you want.

Would you rather headline Cochella or iheart radio festival?

Tough one. You know I am a radio guy at heart (no pun intended) and people appreciate the music at both. But, if you’re gonna make me choose, then Coachella all day (and night). IHeart is like any other concert in an arena and Coachella well is just that, Coachella. Just make it back in one piece is the key.

What did your parents think of you being a DJ?

You know, they were aways pretty supportive of it. The one thing they weren’t to supportive of was where I started getting into it a bit and that was in Tijuana, Mexico. Spent quite a bit of time down there….whew. Wanna go?

Three albums that influenced you?

You may laugh at these but these 3 hit me in ways I’ll never forget:

2 Live Crew – As Nasty As They Wanna Be Besides the Miami Booty Bass sound having me like Whoa, my Mom made me take it back and get the clean version. Walked me into store to do it too. Influenced me to always respect my elders. But also influenced me not grow up to quick(didn’t happen).
Love Ya Mom! Wink!

Vanilla Ice – To The Extreme
This album taught me that this half white boy half New Mexican could make it in music somehow! Motivation can come in the strangest forms. Vanilla Ice Posse for Life #VIP. Ha!

Bell Biv Devoe – Poison (Album)
“Mentally Hip Hop Smoothed Out On The R&B Tip With A Pop Feel Appeal To It.” That describes who I am and what you get from me musically when I play. That album I could listen to over and over. “When will I see you smile again?” Is one of the greatest R&B tracks to not get more love. Oh and last about this album, “You can’t trust a big butt and smile!” C’Mon greatest advice ever till you see a big butt, I mean smile…

Which decade influenced you the most?

Love me some Earth Wind and Fire but by far late 80’s early 90’s. It’s just when it was my time growing up with music. But I will admit, great time in music to grow up too.

How long have you had a radio show?

I’ve been on the air for almost 14 yrs now. In fact my first live on-air shift was at Kiss 97.3 back in 2002. Spent two of the best years of my life living in Burque. Been a blessing to come back almost every weekend for the last two years to see the familia, old friends and the chance make new ones.

What has been the biggest roadblock in your success?

Wanting to do it all.

This order is fine just as long as they all come with Green Chile.