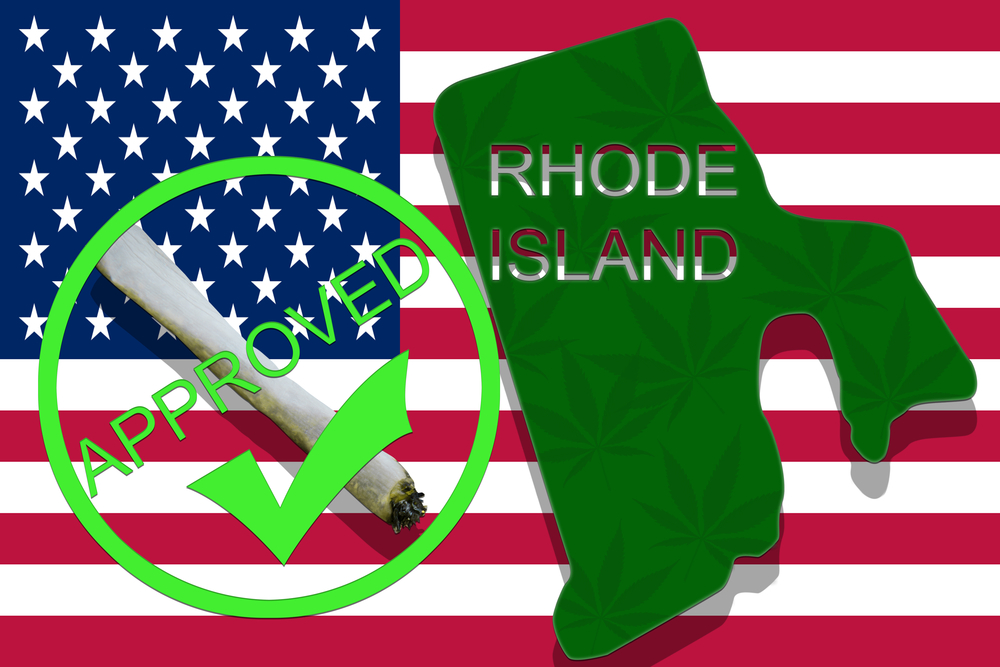 The approved bill permits any adult ( from age 21 and above) to purchase and possess at most one ounce of pot. They can also cultivate up to six plants for personal use. A 20% effective tax rate may be attached. A commission will also be established to control and regulate the cannabis market, as well as issue licenses to cannabis businesses in the state.

As predicted, the General Assembly of Rhode Island has approved the decriminalization of the recreational use of cannabis in the state. This happened just around the point when the house gets adjourned for the rest of the year.

A few weeks ago, the hope of this feat being achieved before house adjournment was quite low.

The approved Cannabis Legislation means there is no punishment for first-time offenders caught in possession of cannabis for personal use. No prison time, no prison record. Now, possession of the regulated amount of weed will have the same reaction as that of a trivial traffic violation.

June 22; a historic day for cannabis advocacy in RI

On this very day, the cannabis legislation bill passed in a 29 to 9 vote. The lead sponsors of the bill are Senate Majority Leader Micheal Mccaffrey and Human Services Chairman Joshua Miller.

On this same day, the Governor of Connecticut also signed their cannabis legalization bill into law. Hence Rhode Island is in between two states that have legalized the adult use of marijuana. This may be the reason why the state of Rhode Island is trying to rush through its legalization process.

However, the organization of marijuana in the state is still a long way from being long, but the first step of overcoming the general assembly chamber has been crossed.

Chairman Miller in a speech before the vote stated that the legalization of cannabis in the state must have a regulatory framework. He used the policy changes in the neighboring states of Connecticut and Massachusetts as examples of why this framework is required.

Majority Leader McCaffrey in a press release focused on the advantages of having approved cannabis legalization in the state. Some of which include rectifying the wrongs done to communities of color, and access to programs for people affected by the failed war on drugs. In the senator’s words, cannabis legislation is as much about reconciliation as its expected revenue.

Events leading up to the approval

The sponsors, both democrats, introduced the measure sometime in March, a few days after the state’s pro-cannabis governor, Dan Mckee released his administration’s proposal for cannabis legalization.

In addition to this, a third measure was also filed by Representative Scott Slater on the house side. This measure also has several cosponsors.

However, the leader’s bill was moved forward amongst others.

The Senate President, Dominick Ruggerio, has expressed his interest in making sure the reform is effected before the end of 2021.

For cannabis to be available for recreational use in the state, the government must first put a working regulatory framework in place, as well as an associated revenue stream. The Senate President is of the view that the longer it takes the state to put all these measures in place, the further behind the state falls from the competitive standpoint. Seeing that neighboring states are moving rapidly to kickstart their recreational cannabis industry. He also encouraged stakeholders in government to work with the house to achieve cannabis legalization.

On the other hand, Senator Mckee maintains that his reason for legalization is not in any way related to competing with the states of Connecticut and Massachusetts. He’d rather the state gets it right, rather than rush through it leaving loopholes on the way.

What you need to know about the approved cannabis legalization

The approved bill permits any adult ( from age 21 and above) to purchase and possess at most one ounce of pot. They can also cultivate up to six plants for personal use. A 20% effective tax rate may be attached.

A commission will also be established to control and regulate the cannabis market, as well as issue licenses to cannabis businesses in the state.

The regulatory bodies will also be tasked with determining the number of businesses that can be licensed in a year.

For now, each municipality is to have three applicants to be licensed; depending on whether or not the town allows the establishment of marijuana stores. ( according to the bill, cities or towns can vote to ban these stores).

For an additional 20,000 residents, a new business is licensed.

If this holds, Rhode Island can have no less than 130 cannabis dispensaries to meet up with demand in the state. There will also be healthy competition between these stores, instead of having it controlled by a few large business owners.

The bill proposes that all sales will be subject to a seven percent tax, a three percent local tax to operate in some jurisdictions, and a special tax of ten percent. All to be collected by the state and local governments.

What stands out in the bill is the prohibition of issuing licenses to new cannabis cultivators until July 1, 2023. Rhode Island currently has dozens of licensed cultivators who have been meeting the demand for the medical cannabis industry.

Criminal record: People with criminal records for up to two ounces of marijuana will have their records cleared. The courts will be given up to 90 days to deal with all expungement petitions filed. These records can also be sealed.

Licensing: The number of business licenses a marijuana company can get has been capped at one. However, these entrepreneurs can invest in multiple operations. The point is that they cannot possess more than one cannabis business operating license.

This development comes in over eleven years after the state legalized the medical use of cannabis products.

The approved cannabis legalization was pushed through due to the urgency expressed by Senate leaders. The leaders believe that residents of the state will begin to troop in large numbers to Massachusetts and Connecticut to purchase cannabis products. This would have effectively cut Rhode Island from the tax revenues, and the state would have felt the social impact of the drug’s use.

Meanwhile, some Rhode Islanders will have found reasons to join the marijuana medical patients in the state. If this legalization had stalled, the cannabis stores in Massachusetts and Connecticut, as well as the few existing medical marijuana dispensaries in Rhode Island would have been the biggest winners.