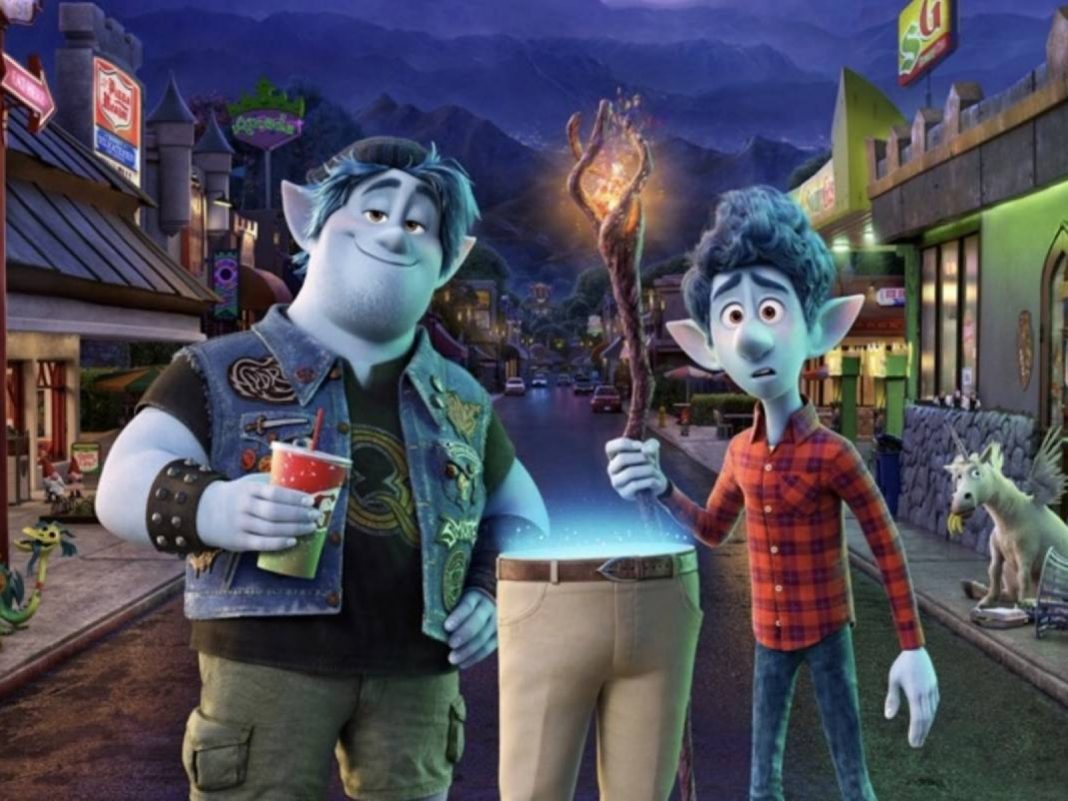 Let’s cut to the chase: Pixar’s latest, Onward, is good. But just how good? Sporting an awesome fantasy world alongside the studio’s patented mix of humor and heart, I’d say Onward happily sits somewhere in the middle tier of Pixar’s body of work. That is to say, it’s an early contender for one of the year’s best films.

Monster University’s Dan Scanlon helms this tale of a fantasy world where magic has long been supplanted by urban technology. Centaurs drive around in cars, the legendary manticore tends bar at a family tavern, and the sorcery of wizards is old, outdated news with the convenience of smartphones and electricity. In the wake of it all, Marvel bros Tom Holland and Chris Pratt voice elf brothers Ian and Barley Lightfoot who, on Ian’s sixteenth birthday, receive a wizard’s staff belonging to their late father, along with a rare crystal with the ability to resurrect him for a day.

Eager to meet the father they never knew, Ian and Barley cast the corresponding spell but, in a panic, only manage to bring back his legs. With the 24-hour timer running, the two brothers rush off on a quest to find another crystal and complete the spell to see their father one final time.

The world of Onward is a real treat all around, popping with wonderful creativity that makes the more niche reaches of high fantasy painlessly accessible. Everything about the magical suburban land just clicks, dishing out gag after clever gag from an endless bag of comedy bits drawing inspiration from D&D, Tolkien, and other like classics. The animation itself additionally looks incredible, though the recurring CGI dilemma of detailed, but cartoony character models against jarringly photoreal environments once more rears its head here.

The film could have coasted by on its rich world alone, but its sweet story of brotherly love elevates it with that special Pixar touch. The mature message and resolution at its heart are surprising even for a Pixar film, and Holland and Pratt build the siblings’ relationship with warm, genuine chemistry that you don’t see land very often. As always, bring tissues and prepare yourself for impending waterworks, especially if you’re a brother, sibling, or even part of a tight fraternal pair.

Additionally, a theme/message/critique concerning society’s relinquishment of effort and mastery in the name of convenience lightly circulates throughout the film, though it never quite makes its stamp fully. It’s there just enough to tease further substance but just doesn’t deliver enough to really confirm it. It’s not a big complaint, especially with the film’s world opening itself so naturally for future installments to address these themes, but it’s a little frustrating all the same.

I emerged from Onward smacking my lips from the film’s flavorful world of rocking potential, and I’m already salivating for a sequel. Packing all the ingredients of Pixar magic, it’s another instant classic in the studio’s acclaimed repertoire, and I can’t wait to see more.